Hey everyone! Hope everyone had a good Thanksgiving holiday. Today I uploaded a new video showing my new sephora vib sale haul. These were things I had on my wishlist that I was finally able to purchase due to the sale. Check out the video below and let me know what you think. Also my new Guinea Pig Coco🐹 makes an appearance in the video.

Starting the first book of 2021, I’m participating in #buzzwordathon 2021 for the whole year. January word is Dream, so I chose Dreamland Burning by #jenniferlatham I heard this was a very good story that deals with race and the Jim Crow laws. I was happy I found this though my library, another goal of mines is to use my library more this year. I’ll post my full tbr for buzzwordathon soon. 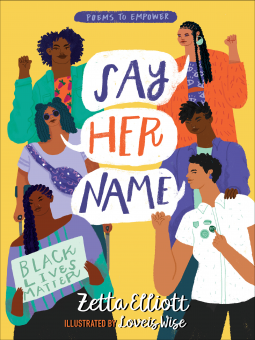 An ode to Put the Damn Guns Down, this is New York Times bestseller Jason Reynolds’s fiercely stunning novel that takes place in sixty potent seconds—the time it takes a kid to decide whether or not he’s going to murder the guy who killed his brother.A cannon. A strap.A piece. A biscuit.A burner. A heater.A chopper. A gat.A hammerA toolfor RULEOr, you can call it a gun. That’s what fifteen-year-old Will has shoved in the back waistband of his jeans. See, his brother Shawn was just murdered. And Will knows the rules. No crying. No snitching. Revenge. That’s where Will’s now heading, with that gun shoved in the back waistband of his jeans, the gun that was his brother’s gun. He gets on the elevator, seventh floor, stoked. He knows who he’s after. Or does he? As the elevator stops on the sixth floor, on comes Buck. Buck, Will finds out, is who gave Shawn the gun before Will took the gun. Buck tells Will to check that the gun is even loaded. And that’s when Will sees that one bullet is missing. And the only one who could have fired Shawn’s gun was Shawn. Huh. Will didn’t know that Shawn had ever actually USED his gun. Bigger huh. BUCK IS DEAD. But Buck’s in the elevator? Just as Will’s trying to think this through, the door to the next floor opens. A teenage girl gets on, waves away the smoke from Dead Buck’s cigarette. Will doesn’t know her, but she knew him. Knew. When they were eight. And stray bullets had cut through the playground, and Will had tried to cover her, but she was hit anyway, and so what she wants to know, on that fifth floor elevator stop, is, what if Will, Will with the gun shoved in the back waistband of his jeans, MISSES.And so it goes, the whole long way down, as the elevator stops on each floor, and at each stop someone connected to his brother gets on to give Will a piece to a bigger story than the one he thinks he knows. A story that might never know an END…if WILL gets off that elevator.Told in short, fierce staccato narrative verse, Long Way Down is a fast and furious, dazzlingly brilliant look at teenage gun violence, as could only be told by Jason Reynolds.

Long Way Down by Jason Reynolds
My rating: 5 of 5 stars

(November 2020)
I re-read this story for the first time in three years and I still love this book. I feel like I have developed a soft spot for this story. This time I listened to the audiobook and I loved this story a lot more the second time around. Great story, great poetry. Always a
5 ⭐⭐⭐⭐⭐ read!

(November 2017)
Jason Reynolds is an amazing writer! He was able to take something so real and sensitive and add his cool take and approach to magical realism.

I went in to this book not knowing what it really was about. I just knew that Jason Reynolds wrote it and I knew I’ll end up liking it. So the story is about Will and Will’s big brother Shawn getting killed and the story unravels from there.

As I was reading I couldn’t decipher what was real and what wasn’t. It was making me crazy in a way, but in a good way. Certain parts in the book were very eerie and had me thinking about it all through the night. I strongly believe if a book can have me think the way Long Way Down did is a winner in my eyes.

Jason Reynolds uses verse and poetry to help make this powerful story come to life. His writing style is amazing and grabs my attention from the start.

I won’t lie towards end of the story I think I shed a few tears because the story was so beautiful and real and most importantly honest. I think anyone who loves Jason Reynold’s work would love this book and people who love books written in verse.

Long Way Down had so many elements that made me think, this is definitely something I’ll be re-reading very soon. And lastly of I love how Jason added his own touch to magical realism within the story. This needs to be a motion picture movie soon that’s how much I loved and enjoyed it! 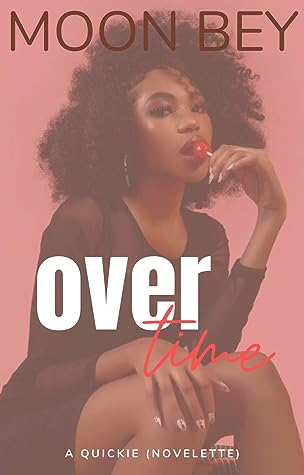 Synopsis:
A wise man once said unrequited love is like cyanide in a styrofoam cup. For the first time in almost two decades, Natasha is ready to kick her most deep-rooted habit.

Natasha became infatuated with Arielle the second she learned what love was. Always eager to please, Natasha knew Arielle would have no choice but to become hers.

Review:
4 Stars
Over Time was something and it was so real too. This is about Natasha having feeling for Arielle, but Arielle seems take Natasha for granted and she seems like she doesn’t care. Arielle believes she can have her ass kissed by Natasha and Natasha will always be there. Natasha is pretty much over being treated like trash and wants more from a friendship and relationship. I’m kinda salty with how Natasha handles situations. She hurt Grey to once again be with Arielle. It’s like it’s a game no one knows what they want.Moon Bey doesn’t disappoint I enjoy her writing and she has become a favorite of mines. Great story.

Synopsis:
THE EMOTIONAL STORMS WEATHERED BY A MOTHER AND DAUGHTER YIELD A PROFOUND NEW UNDERSTANDING IN A MOVING SHORT STORY BY THE BESTSELLING, AWARD-WINNING AUTHOR OF ‘AMERICANAH’ AND ‘WE SHOULD ALL BE FEMINISTS’.When Zikora, a DC lawyer from Nigeria, tells her equally high-powered lover that she’s pregnant, he abandons her. But it’s Zikora’s demanding, self-possessed mother, in town for the birth, who makes Zikora feel like a lonely little girl all over again. Shunned by the speed with which her ideal life fell apart, Zikora turns to reflecting on her mother’s painful past and struggle for dignity. Preparing for motherhood, Zikora begins to see more clearly what her own mother wants for her, for her new baby, and for herself.
Review:
4 Stars
Zikora is a strong well written short story. Chimamanda always does an amazing job with story telling. This story is about a Nigerian woman living in Washington DC and works as a lawyer. She gets pregnant by a man she with and he leaves her. Zikora has to navigate being pregnant by herself, the pain, being sick the uncertainty of having a father less child.Once Zikora gives birth she’s very protective of her child but still has hope that the man who got her pregnant will be there for her and her baby. The guy doesn’t want nothing to do with Zikora or the child. And it’s set in her mind that her child will have to go through what she went through not having one parent around when a child needs two parents.I enjoyed this quick short story it definitely helped me and my reading slump. Zikora does give me a lot to think about.
November 15, 2020 Mybeautymark

Synopsis:
Christmas
Follow the short stories of Jasmine, Paige, and Nina Morgan. These three sisters have no idea what’s coming for Christmas!A Kiss for Christmas. Jasmine‘s pursuing her career over the man she loves. It’s the night before she leaves and a kiss changes everything. It won’t be easy getting on the plane now.My Choice for Christmas. Nina thought her relationship with her boyfriend was perfect, but then she meets a single father. She has to make a choice, especially when a marriage proposal hangs in the balance.A Gift for Christmas. Paige is a new mother. Her best friend left her custody of her baby just as Paige finally confessed her feelings to her other best friend, Kevin. Can he handle a package deal?
Review:
4 Stars
For Christmas is a 3 part of short stories following the Morgan Sisters. Each sister has their own short story set in around christmas time. I enjoyed reading the stories of the sisters, I wanted them to be longer though that’s how good the stories were. Plus they were set around Christmas time my favorite time of the year.

Each stories ended with a happily ever after ending and they were sweet and romantic too. Something I needed to read. This short story really put me in the mood for more Christmas books right now.

Daria white is a great author, I enjoy her writing and her sweet happy endings. This is my second Daria white book I read this year and plan to pick up her other books before the year ends.

With a bootylicious body like Beyonc� and a face that would put any top model to shame, Toi McKnight has all the cuties coming her way. Who could blame them? She was always rocking the latest fashion trends and hanging at every bangin’ party in the city. But all that came at a price, and now Toi McKnight is the seventeen-year-old mother of a baby boy.

Between bills to pay and adult responsibilities to meet, she’s got zero time for sizzling gossip, chilling with her friends or doing the things she used to. So when unexpected sparks start flying between her and six-foot-two, deliciously fine Harlem, Toi knows she’s got to dead any chance of a relationship fast since he doesn’t date teenage mothers–and she’s vowed to never love again. But every time Toi tries to cut Harlem loose, she falls harder for him. And all the other drama in her life doesn’t help the situation any, especially when her son’s father comes back around. Toi tries to do the right thing, but doing the right thing just may put her on heartbreak express for good.

Introducing teen writing sensation Ni-Ni Simone. With a raw, fresh, and unmistakable voice, she proves herself a force to be reckoned with. Simone lives in New Jersey and is a graduate of Kean University.

If I Was Your Girl by Ni-Ni Simone
My rating: 5 of 5 stars

This was really good and believable too. This story follows Toi who is a young teenage mother working a job and finishing up high school. All Toi wants is to go to Spelman but she feels she will never get there.

She meets Harlem, Harlem treats Toi right and spends a lot of time with her. Toi doesn’t want to ruin this new situation she has with Harlem so she doesnt mention she has a baby.

Meanwhile, Toi ex-boyfriend and baby dad Quamir is trying to hurt her chance at anything positive in her life. Harlem and Toi end up having a good story in the book and I really enjoyed it. I enjoyed the writing and it made me laugh. Cousin shake was hilarious and all Toi friends were cool too. I want to know more about Seven’s character and what’s going on in her situation.

This was a great story and I plan to read on in the series.

This is a video I did talking about the racist and disrespect the Black booktube community is feeling and has felt for a long time. And now I’m just saying I’m tired of it!